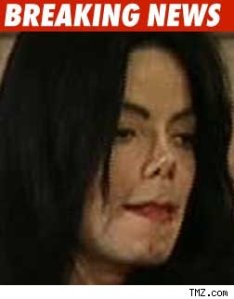 So, the sad news of Michael Jackson’s death has been leading the news for a couple of days now. It was even the 8.10 story on yesterday’s Today programme on Radio 4. Whether it’s comparison’s to Diana on news that Dr Who was with Jasckson when he died, it’s been wall to wall coverage, 24 hours a day. Which is the crux of the problem with 24-hour news (Sky, BBC News 24 and the like). Because they’re constant, they need to find news. So the uncertainty and unknowing leads to useless news stories where nothing has happened.

For Many MJ’s death is one of those collective experiences – “the only thing real that’s ever happened to them” as Justin Bond put it about young people and 9/11. The collective experiences is about the desire for the big event touching many people, something the collective can relate to as a collective, something we can all feel, talk about, something (anything?) to emotionalise about: a desire arguably enhanced the absence of religion in peoples lives and a dispersed global community (rather spatially-confined ‘real’ communities and collectives).

There are two things I have read that really stick in my mind over the last day. The first, arguing that no, MJ is not the new Diana (although I did ponder yesterday whether that would make Farah Fawcett Mother Teresa, dying in the shadow of a more media-circussed star):

One of the interesting twists to the multiplicity of media now available 24 hours a day, coupled with the diminished importance of religion in most people’s lives, the idea of A Big Event, one that you know everyone is thinking about, everyone is talking about, something that will bring a sense of community, is more desirable than ever. The death of Diana remains the most obvious example: some of the emotion behind the world’s mourning was undoubtedly genuine, but it’s impossible not to suspect that the excitement at just being part of a collective moment exacerbated it beyond any reasonable limits. The growth of the 24-hour news culture and the explosion of the gossip magazine industry, both of which require either constant change or, more commonly, heightened emotion, has only rendered this even more apparent, as the national media hysteria over Jade Goody’s death made all too clear.

Michael Jackson was a hugely talented individual – even more, dare one say it, than Diana. He also led an unquestionably sad and damaged life. But his death shows up, even more clearly than Goody’s did, that the desire for collective emotion leads only to false emotion.

Now, I have never been the biggest MJ fan, but I cannot deny that he was one of the best and most influential musicians of my generation – his global stardom like no other musician I could think of. The second, therefore, because i couldn’t finish off without saying anything about the man himself, is from a surreal visit to the Houses of Parliament and conversation between Jackson and Lord Janner:

Lord Janner: “Jackson turned to me. ‘Lord,’ he said, ‘I want your help. We need a new national day. There’s days for everything, from caravans to helping the blind and the deaf. But there’s no day when parents are told to hug their children and to say to them: “I love you”. My parents never did that to me’. That was very touching. It explained just about everything that afflicted him.”